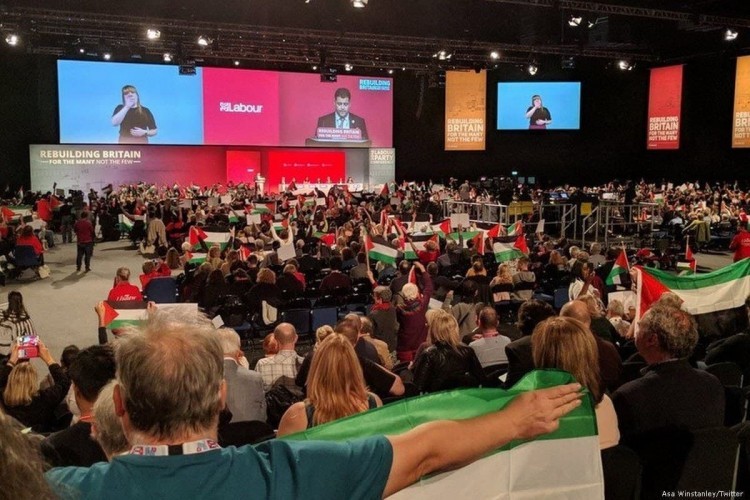 The British Labor Party passed, during its annual conference in Brighton, a resolution adopting the term "apartheid" to describe Israeli policies towards the Palestinians, and calling for the recognition of a Palestinian state, Sept 28.

The vast majority of the party members condemned “the ongoing Nakba” in Palestine, Israel’s military attacks on Al-Aqsa Mosque, the deliberate displacement of Sheikh Jarrah, and Israel’s aggression on Gaza. They also welcomed the International Criminal Court’s investigation into Israel’s crimes.

Conference members recommended that strict standards be imposed on business activities with "Israel", including a ban on the sale of British arms to "Israel".

The resolution suggested the need to impose sanctions against "Israel", as well as its rejection of settlement policies in the occupied territories.

It should be noted that, last year, the Trade Union Conference issued a resolution describing Israel’s settlement activity as “part of the crime of apartheid committed by Israel in the occupied territories.” It also called on trade unions in Europe and all over the world to “join the international campaign to stop the annexation of territories and end the apartheid regime”.