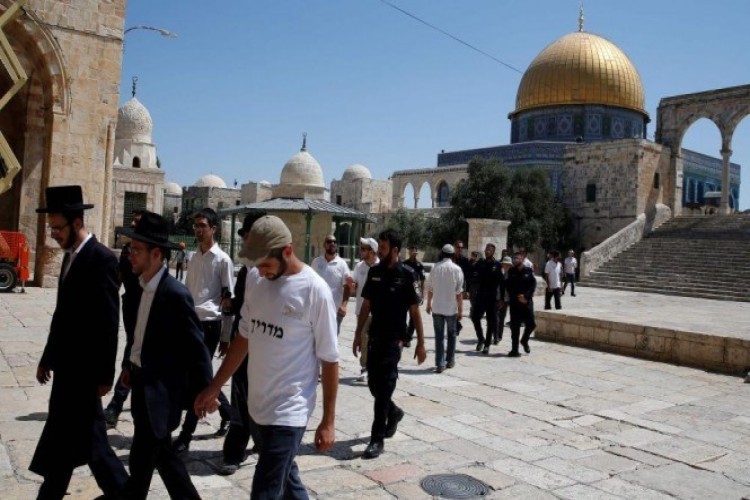 On Monday morning, dozens of extremist settlers stormed in the blessed Al-Aqsa Mosque from the Bab al-Maghariba, heavily guarded by the occupation forces, Jerusalem, Oct 4.

The Islamic Awqaf (Endowments) Department in occupied Jerusalem stated that 64 settlers desecrated Al-Aqsa Mosque during the morning period, organized provocative tours inside its courtyards, and performed Talmudic rituals in the eastern side of it.

The occupation forces have been imposing strict measures on the entry of Palestinian worshipers to Al-Aqsa, where they check and retain some identities at its external gates.

The occupation targets Jerusalemites and the Al-Murabitin (Al-Aqsa Guardians) in particular, by arresting, expelling, and imposing fines, intending to keep the Jerusalemites away from Al-Aqsa Mosque, and inventing them as a pretext for settlement expansion.