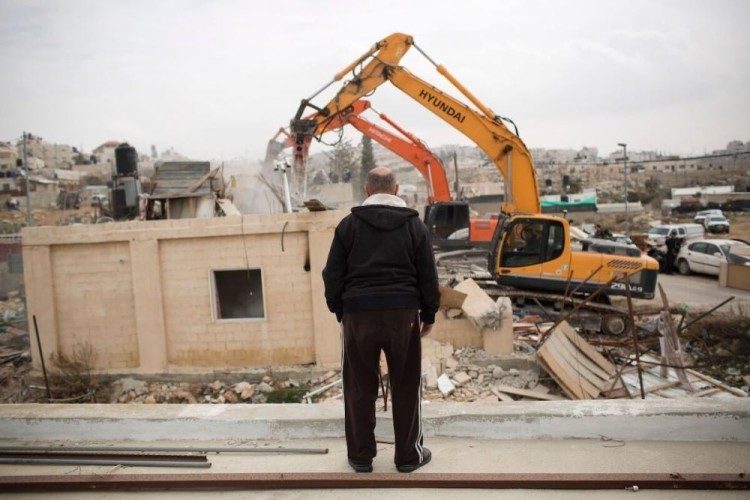 The Israeli occupation forces Jerusalemite to self-demolish his house

“The occupation municipality ordered me to demolish my under-construction house, in which I was to live with my wife, after our marriage which is scheduled for the 23rd of this month,” al-Khatib said.

He went to the Israeli occupation courts after receiving the demolition notice, but the court rejected his appeal, on the pretext of lacking building permits, al-Khatib explained.

Al-Khatib stressed that he had to self-demolish the house because he couldn’t tolerate the high fine imposed on him if it was carried out by the occupation municipality staff, which would reach tens of thousands of shekels.