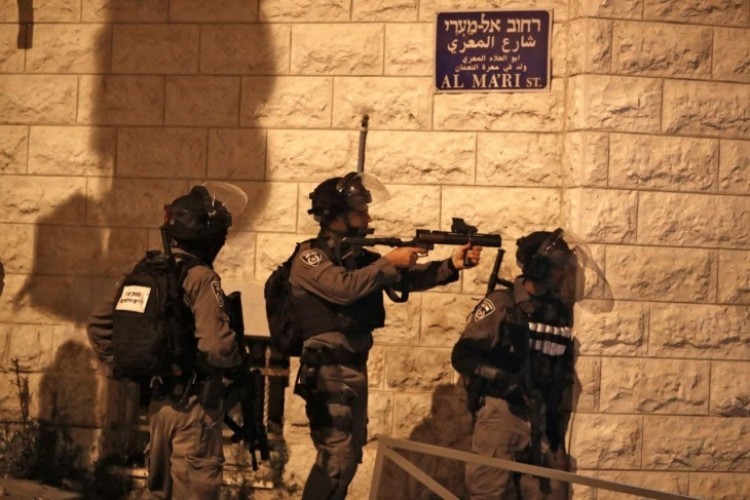 OCCUPIED JERUSALEM, Oct 6 – Yesternight, the occupation forces attacked some Jerusalemites while in the neighborhood of Sheikh Jarrah, while settlers organized celebrations and raised the flag of “Israel” in the Bab al-Amoud area.

The occupation forces drove away and prevented Jerusalemites from being present in the neighborhood, to secure the settlers’ celebrations, and forced them to get into their houses.

In the Bab al-Amoud area, settlers organized celebrations and raised the Israeli flag, aiming to provoke the Palestinian youths in the place.

The settlers also organized a march towards the gates of Al-Aqsa Mosque and performed Talmudic rituals at Al-Ghazali Square in the Bab Al-Asbat area.

The Israeli guards of the light rail of Jerusalem assaulted a Palestinian young man while inside the train and hit him on the head and face.