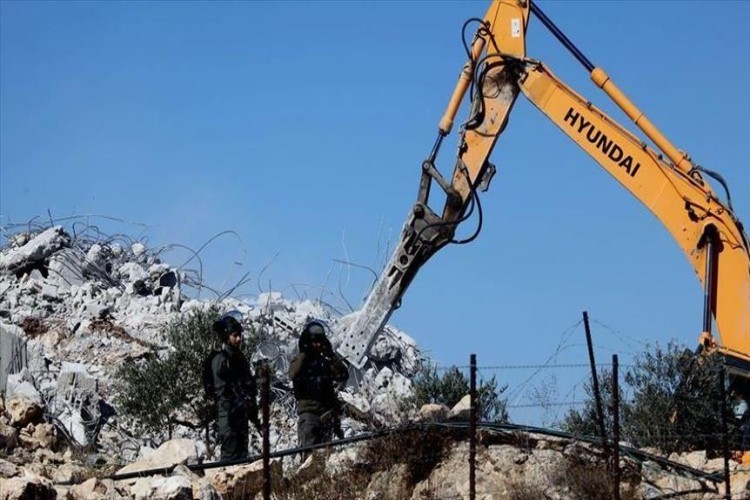 OCCUPIED JERUSALEM, Oct 6 - Today, Wednesday, the Israeli occupation forces demolished a house and served a demolition notice to three others in the town of Silwan, the southern facade of the Al-Aqsa Mosque.

The occupation forces stormed in the Ain Al-Lawza neighborhood in Silwan, and demolished a one-story building belonging to the Jerusalemite, Muhammad Matar, Jerusalemite sources reported.

The occupation forces, said the sources, had previously notified Matar of the demolition of his house, and forced him to self-demolish part of it, on the pretext of lacking a building license. They also forced the shops’ owners in the area to close them, and deliberately harassed Palestinian students and citizens, and prevented them from passing through.

The occupation authorities handed, until the fifth of November, notices of demolition to three houses’ owners in the Al-Bustan neighborhood of Silwan, noting that the houses are old, and were built before 1967, the sources added.

A member of the Silwan Land Defense Committee, Fakhri Abu Diab, warned of the attempts of the occupation authorities to demolish several neighborhoods in Silwan, the southern facade of Al-Aqsa Mosque, to tighten their grip on the occupied city of Jerusalem.

The Al-Bustan neighborhood is located in the center of Silwan town, adjacent to Al-Aqsa Mosque from the south and southeastern side, and is about 300 meters away from the southern wall, and extends over an area of ​​70 dunums, and is inhabited by about 1,550 citizens.