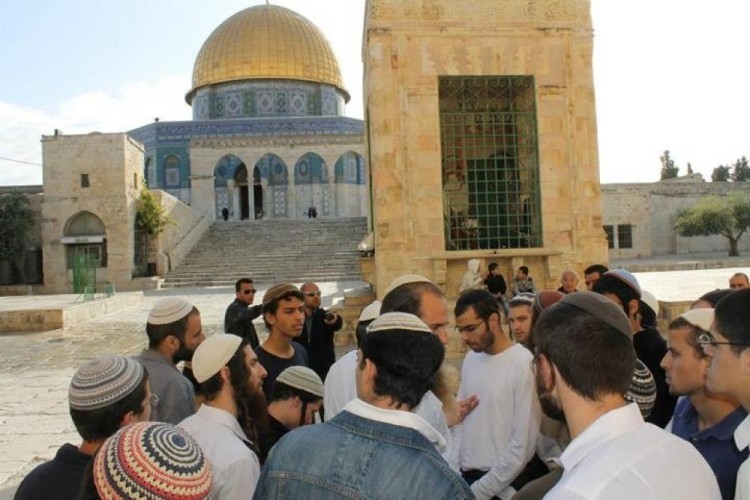 OCCUPIED JERUSALEM - Jerusalemite affairs' specialists say that the Israeli occupation court's decision to allow Israeli settlers to perform "silent prayers" in the blessed Al-Aqsa Mosque courtyards is a dangerous precedent which is the first of its kind regarding the Mosque that may portend serious escalations, Oct 7.

This decision also constitutes the first judicial precedent that publicly legalizes Israelis’ prayer in the Al-Aqsa, and promotes the occupation government's tendency to legalize the performance of Talmudic rituals inside the mosque, within the agenda of the "moral establishment of the temple", which the ruling extremist Israeli right has focused on for two years, specialists said.

During this year's Jewish holidays, Al-Aqsa Mosque witnessed an unprecedented escalation and aggression that has not been witnessed since its occupation in 1967, and wholesale violations of its sanctity, including "publicly performing Talmudic rituals, blowing the trumpet, raising the Israeli flag in its courtyards."

The so-called extremist "temple groups" and the occupation government are seeking to move forward with the agenda of the "moral establishment of the temple" by legalizing all the Talmudic rituals in Al-Aqsa and changing the status quo in it.

On Wednesday evening, the Israeli occupation’s Magistrate Court in occupied Jerusalem decided to allow Israelis to perform what it described as “silent prayers,” in the courtyards of the Al-Aqsa Mosque.