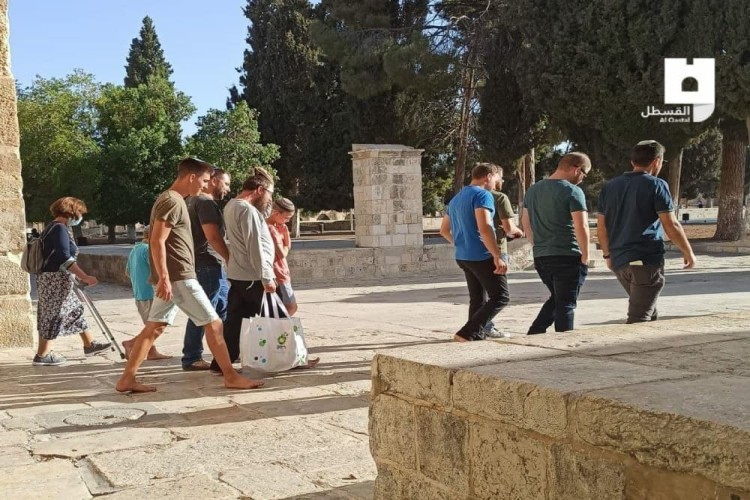 OCCUPIED JERUSALEM, Oct 21 - On Thursday morning, extremist settlers continued their storming of the blessed Al-Aqsa Mosque through the Bab al-Magharibah, under the protection of the occupation forces.

125 Zionist settlers, including 40 students, defiled the Al-Aqsa Mosque in the morning, and carried out provocative tours in its courtyards, the Islamic Awqaf (Endowments) Department in occupied Jerusalem reported.

The occupied city of Jerusalem and its gates have been witnessing strict “security” measures represented in the frisk search of Palestinian citizens and worshipers in Al-Aqsa and attacks on some of them.

The forces prevented the people of the West Bank from passing through Bab al-Sahira in occupied Jerusalem, checked their identities, set up a checkpoint at Bab al-Amoud, and began searching the people and passers-by in the place.