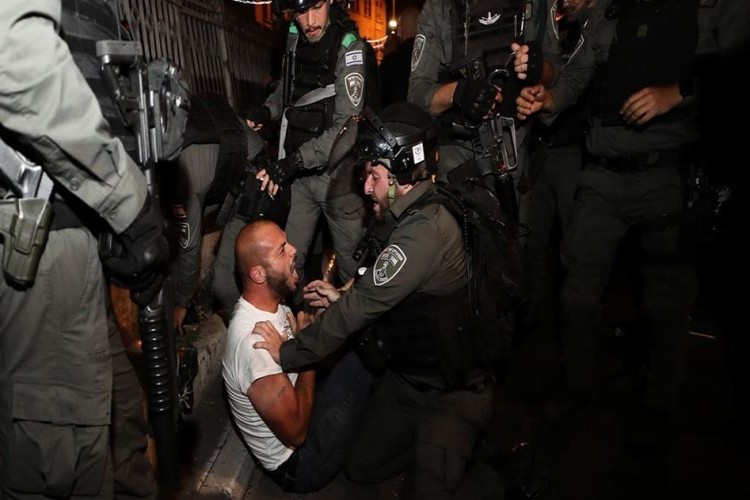 The Prisoners Information Office reported that the occupation forces detained the young men, Omar Marwan Obaid, Muhammad Ayman Obaid, and Muhammad Abu Rajab, near the entrance to the town of Al-Eizariya, east of occupied Jerusalem.

Moreover, they raided the town of Al-Tur in the Bab Al-Amoud Plaza and detained a young man.

In a related context, the Bab Al-Amoud area witnessed, yesterday evening, attempts by the Israeli occupation forces to drive the residents of the area away and assault them.

And Jerusalemite reports showed that the occupation forces have detained about 1900 Palestinian citizens from the occupied Jerusalem in the first half of this year.

Recently, the occupation courts witnessed a noticeable escalation in the sentences issued against minors accused of throwing stones.