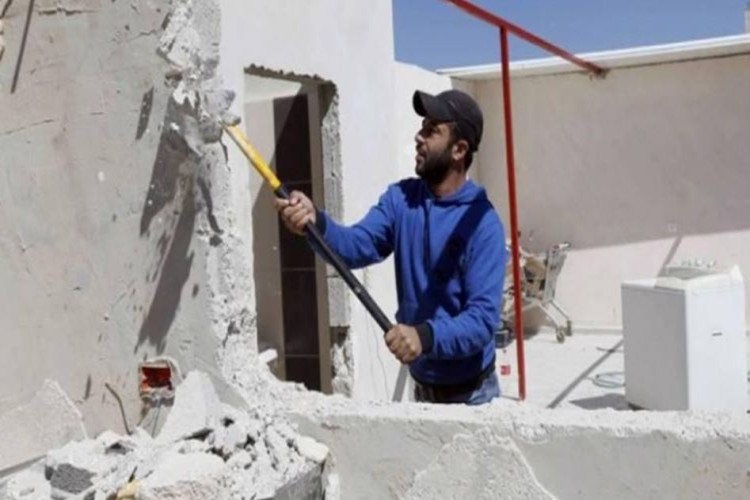 IOF force Jerusalemite to self-demolish his house in Jerusalem

Local sources reported that the occupation forces forced the Jaber family to personally demolish their house in Wadi al-Joz, which has been constructed 40 years ago, after ordering him to do so, and threatening him with a heavy fine if he would not demolish the house himself.

The occupation municipality targets Jerusalemites’ homes and facilities and does not allow them to build or expand on the pretext that they lack building licenses. It Rarely grants them licenses, and they are forced to pay hundreds of thousands of shekels to obtain them.

After a Jerusalemite builds his house, the occupation municipality fabricates building violations, and forces him to self-demolish the house, otherwise, it would carry out the demolition and impose heavy fines on them.