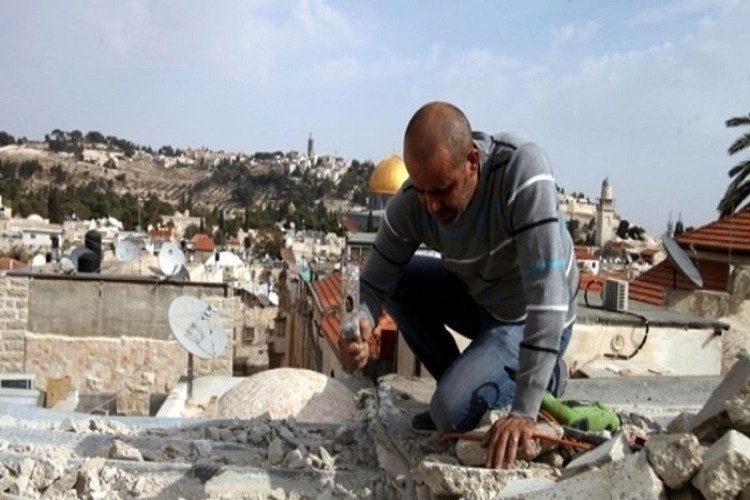 The occupation authorities force Jerusalemite to demolish his house

Since the occupation of the city in 1967, the occupation forces have demolished more than 2,000 homes in Jerusalem, and have also followed a systematic racial and aggressive policy against Jerusalemites aiming at tightening its grip on Jerusalem, judaizing it, and tightening the noose around its original inhabitants through a series of arbitrary decisions and actions that affected all aspects of the daily lives of Jerusalemites.

Among these measures, the Israeli occupation forces demolished homes and facilities after placing many obstacles and barriers in the way of issuing building permits for Jerusalemites.

Doing so, the occupation authorities aim to limit and reduce the Palestinian population presence in the city; they established a coercive system that restricted the dispensing of building permits to the Palestinians and subjected them to a tight bureaucratic and functional ladder so that it takes years before it reaches their final stages.

While the occupation forces demolish Palestinian homes, they issue building permits for thousands of housing units in the "Israeli" settlements built on the land of Jerusalem.