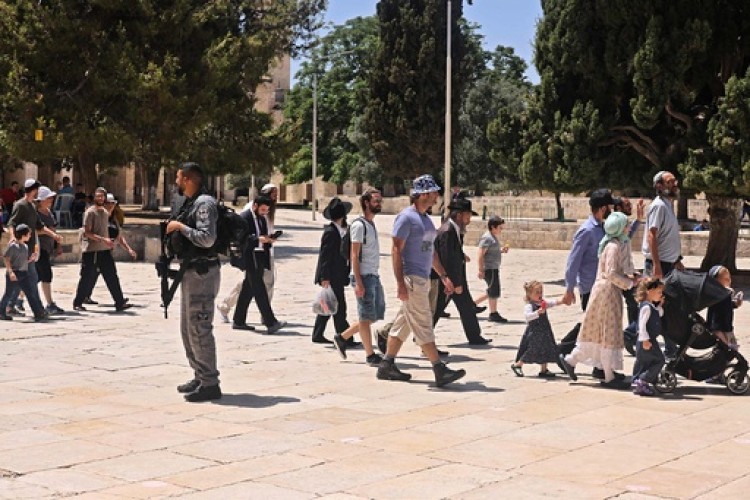 OCCUPIED JERUSALEM - Dozens of Israeli settlers stormed the Al-Aqsa Mosque complex on Tuesday, October 26, under the heavy protection of the Israeli occupation forces.

Dozens of extremist settlers defiled Al-Aqsa through the Bab al-Maghariba (Moroccan Gate), carried out provocative tours in its courtyards, and received explanations about the alleged "Temple Mount", eyewitnesses reported.

The Old City of Jerusalem has been witnessing strict security measures represented in the frisk search of the residents and worshipers in Al-Aqsa, in addition to a number of provocations by the Zionist soldiers against the Palestinians.