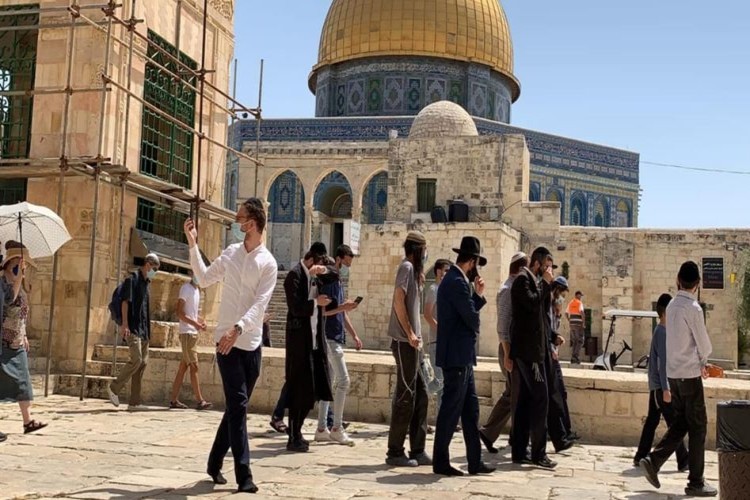 OCCUPIED JERUSALEM, October 28 - Dozens of settlers stormed, this morning, the courtyards of the blessed Al-Aqsa Mosque and its chapels, and performed provocative Talmudic rituals under the strict protection of the occupation forces.

As part of the continuous provocative behavior, eyewitnesses reported that the settlers toured the courtyards of Al-Aqsa, and performed public Talmudic rituals inside them.