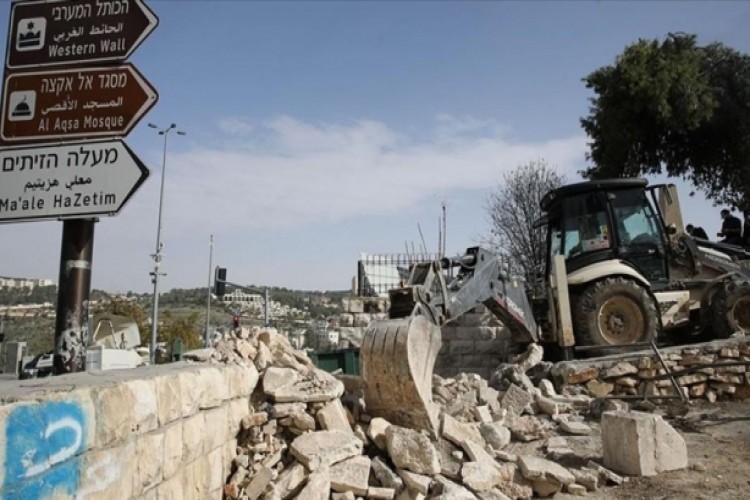 Excavation works continue in the Yusufiya cemetery in occupied Jerusalem

OCCUPIED JERUSALEM - The Israeli occupation bulldozers continue, for the fourth consecutive day, excavation works in the Yusufiya Islamic cemetery in occupied Jerusalem, under the strict protection of the occupation forces, Thursday, October 28.

On Thursday morning, settlers and workers of the occupation’s so-called "Nature Authority" began digging, excavating, and bulldozing in the cemetery.

In addition to the bulldozing works in the cemetery, the occupation authorities continue to build an iron fence around the cemetery.

The excavation works come three days after the so-called “Nature Authority”, reinforced with occupation forces, exhumed graves of dead people, and completely and permanently obliterated them, in preparation for turning them into a “biblical garden.”

In a related context, a number of Palestinians continue to do Ribat (Guarding Islamic structures) inside the cemetery and perform the Maghrib and Isha prayers near it, refusing the bulldozing operations, and stressing their right to protect their sanctities.

The Palestinian resistance factions have warned the occupation authorities of continuing its frenzied settlement campaign against the Palestinian lands, and their attack on the al-Yusufiya cemetery in occupied Jerusalem. They also stressed that the resistance will not stand idly by regarding these crimes.