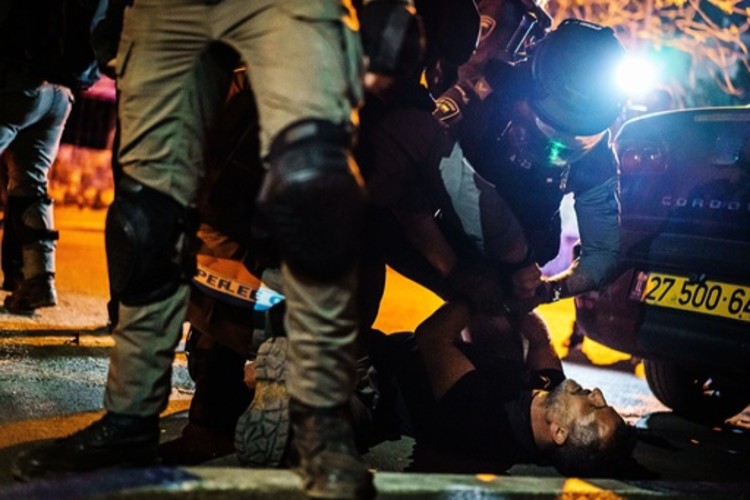 Occupied Jerusalem - The Israeli occupation forces detained two Palestinian young men after storming the town of Al-Isawiya, northeast of occupied Jerusalem, as a result of which confrontations erupted.

And Jerusalemite sources reported that the occupation forces raided the Al-Isawiya, and the young men confronted them by firing firecrackers and hurling stones.

It is noteworthy that the confrontations escalated in the town of the Al-Isawiya after the martyrdom of the freedom fighter, Omar Abu Asab, after he carried out a stabbing attack in the Al-Wad Street in the Old City, wounding two soldiers of the occupation forces.

Additionally, in conjunction with the storming of Al-Isawiya, the occupation forces raided the main entrance to Ni'lin city, west of Ramallah.

The Israeli occupation targets Jerusalemites with house demolitions, detentions, deportations, and fines, with the aim of keeping them away from Al-Aqsa Mosque in the interest of settlement expansion.