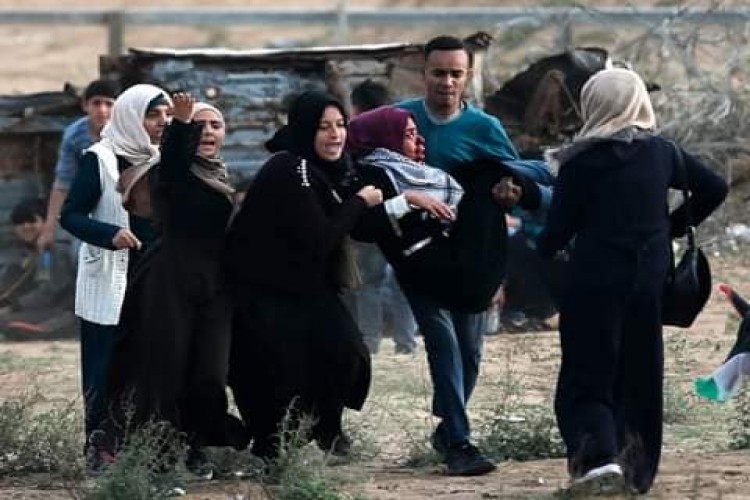 The Israeli occupation forces shot 37 Palestinians during the non-violent protests of Great Return March along Gaza borders according to the Ministry of Health.

The injured people were varied among children, women and young men in the 83 rd Friday of Great Return March protests.

It is worth mentioning that the Higher Committee of the Great Return March Protests suspended the national marches for the last 3 weeks to protect peaceful protesters from the atrocities of the Israeli occupation forces.

Recently, the peaceful protests resumed in order to prove that it will be continuous until our aspirations of freedom and dignity are fulfilled.