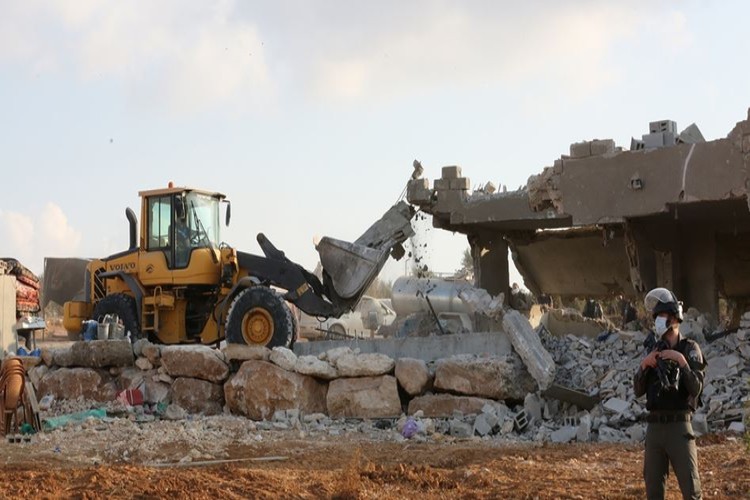 Occupied Jerusalem - The Israeli occupation bulldozers demolished, this morning, a three-storey residential building in the Wadi al-Hums area in the town of Sour Baher, southeast of occupied Jerusalem.

And local sources reported that an occupying force, accompanied by large bulldozers, stormed the Wadi al-Hums, near the Murad tourist resort in Bethlehem, closed the area, and flattened a house belonging to Ayman al-Hayh.

In July 2019, the Israeli occupation authorities demolished 11 buildings consisting of more than 77 apartments in Wadi al-Hums, most of which were located in areas classified as “A” that are fully controlled by the Palestinian authority.