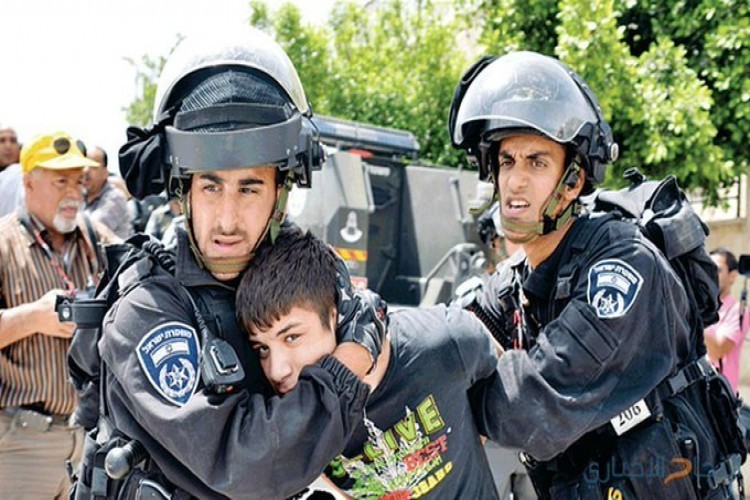 Palestinian Minors Narrate How Israeli Soldiers Tortured Them in Jails

The Commission of Detainees and ex-Detainees Affairs stated that the Prisoner Mo'tasem Shikha, 17 from Shu'fat refugee camp was kidnapped by Israeli undercover forces while walking in the street.

According to the advocate of the commission, Shikha stayed for 30 days in an investigative centre. He faced severe beatings delivered with hands, feet and truncheons.

The two detainees Abdulmonem Annatsha, 17 and Osama Taha, 16 were kidnapped in Shu'fat refugee camp and sent to jails after being handcuffed for 4 hours. They faced severe hits and insults.

Annatsha mentioned that he was beaten due to talking with his mother during the trial.

The prisoner Abdulrahman Abu Lila, 17 was kidnapped during his work in Akka. He was held in solitary confinement for 10 days. He was handcuffed for long hours.

The Palestinian detainee Aous Rasheed, 16 was kidnapped after raiding his house in Jenin. He was sleeping and suddenly saw Israeli soldiers pointing their guns at him.

He said that " Israeli occupation soldiers assaulted me by severe beatings in front of my mother. They held me for 10 hours and I was handcuffed and blindfolded.

It is worth mentioning that more than 5500 Palestinian prisoners are held in Israeli occupation jails including 41 women, 230 children, 450 prisoners under illegal administrative detention and 1000 patient prisoners.