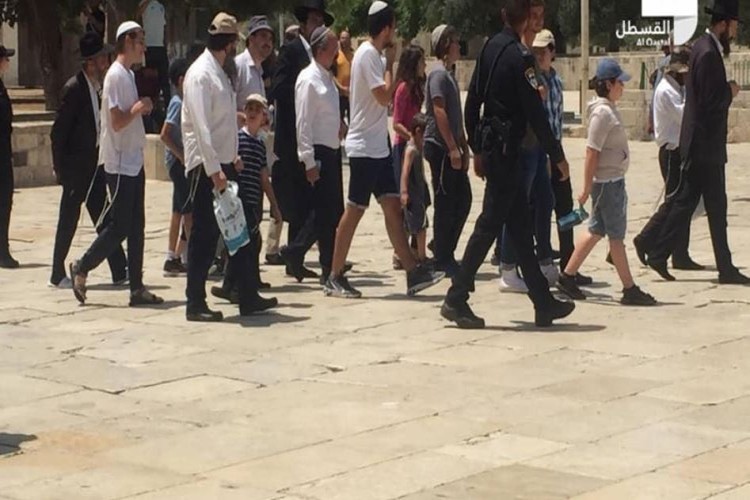 Occupied Jerusalem -Herds of Israeli settlers stormed, this morning, the courtyards of the blessed Al-Aqsa Mosque and its chapels, and performed provocative Talmudic rituals under the strict protection of the occupation forces.

They stormed the courtyards of Al-Aqsa during the morning and afternoon periods (after the Dhuhr prayer) through the Bab al Magharibah (The Moroccan Gate) in the Western Wall of Al-Aqsa, under the protection of the occupation forces, as part of periodic tours they carry out aimed at changing the reality in the Holy City and the Al-Aqsa Holy Mosque, ministry of Endowment (Awqaf) reported.