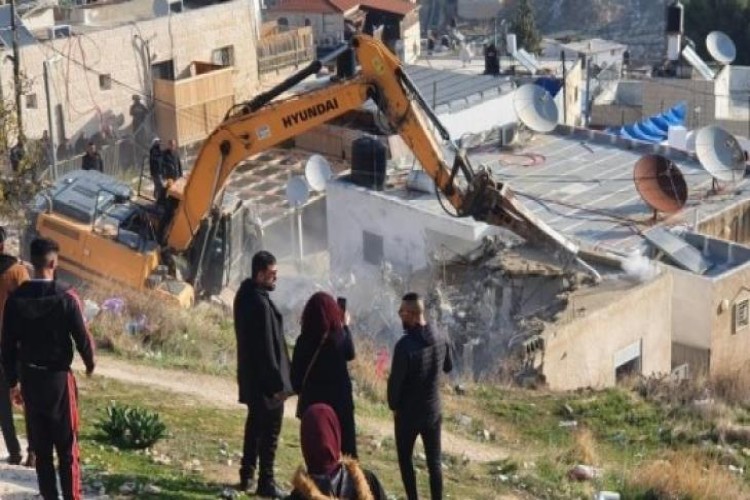 The Israeli occupation municipality in Jerusalem forced a Jerusalemite to self-demolish his house in the town of Beit Hanina town.

The Wadi Hilweh Information Center reported that the occupation municipality compelled on Monday the Jerusalemite, Ahmed Siam, to personally knock down his house.

Siam has lived with his wife and three children in the house, and they have become homeless after the occupation authorities displaced them and forced them to demolish it.

It is noteworthy that the Israeli occupation has torn down  20 residential, commercial, and agricultural structures in occupied Jerusalem and its suburbs during February.