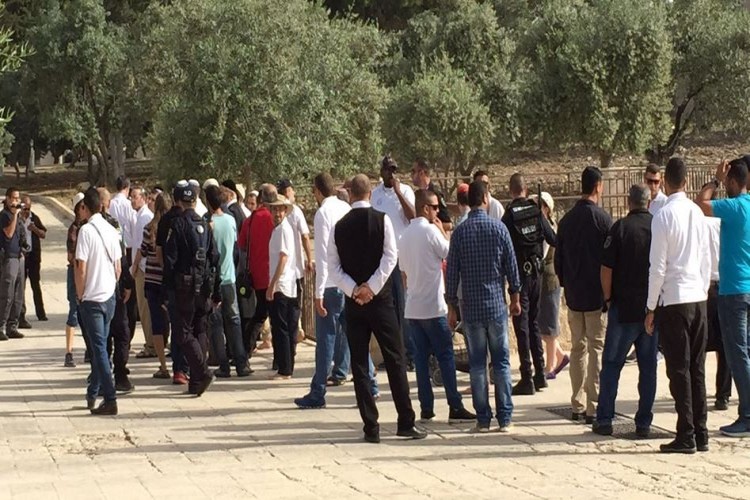 And local sources reported that dozens of colonial Israeli settlers broke into the Al-Aqsa complex through Bab Al-Maghariba (Morocco Gate) and carried out provocative tours inside it.

Palestinian worshippers, students, and guards of the Al-Aqsa Mosque, meanwhile, thwarted the settlers' incursion and prevented them from wandering around the Al-Aqsa courtyards.

Israeli settlers raid the Al-Aqsa Mosque on almost a daily basis in an attempt to impose a spatial and temporal division at the Muslim sacred compound and Judaise the holy city.