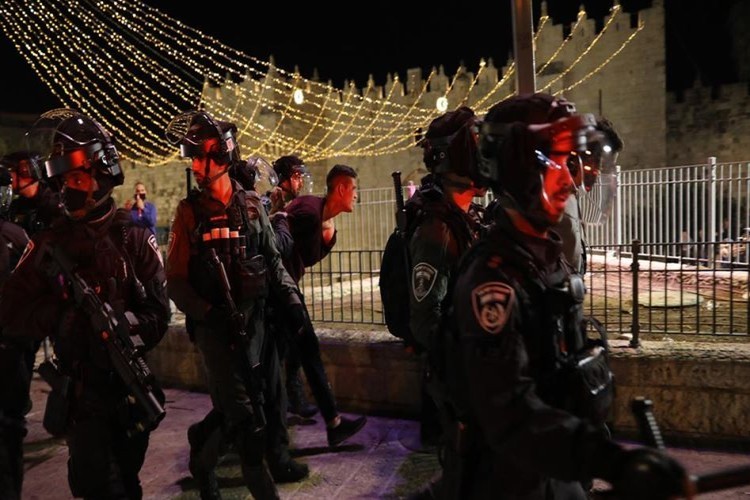 Confrontations renewed yesterday evening between the Israeli occupation forces and Palestinians in the Bab Al-Amud area in occupied Jerusalem, for the fifth consecutive day.

Local sources reported that the occupation forces along with colonial undercover forces detained 3 young men and a child from the Bab Al-Amud plaza, after assaulting them.

The Israeli occupation authorities had set up an iron barrier in Bab Al-Amud on the first night of the Muslim holy fasting month of Ramadan, which led to a state of great tension, which turned into daily confrontations with Jerusalemites.