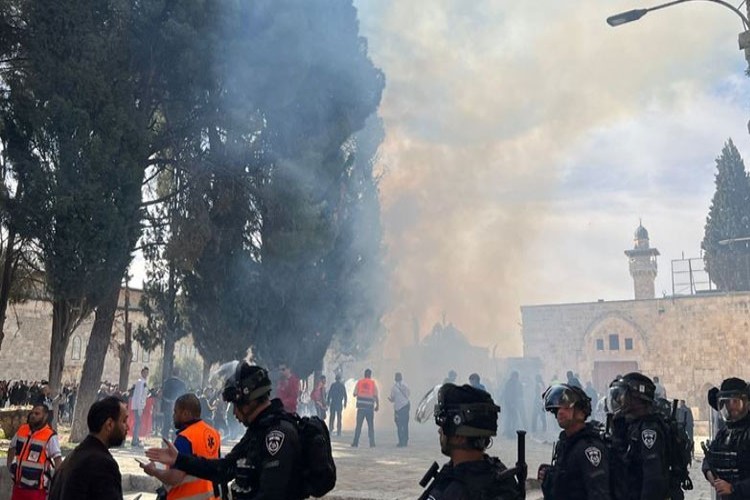 "The Zionist occupation authorities’ allowing herds of settlers to storm the courtyards of the blessed Al-Aqsa Mosque on Thursday is playing with fire and drags the region into an escalation for which the occupation will bear full responsibility," Hamas said in a statement on Wednesday afternoon.

Hamas renewed its call for the Palestinian people to visit the Al-Aqsa Mosque and be on "high alert" in Jerusalem in order to defend their identity, religion, and first Qibla.

Hamas went on, saying that "The Israeli occupation must know that all attempts aimed at dividing the Al-Aqsa compound temporally and spatially and Judaising Muslim holy sites will not pass and will not achieve its malicious goals".

This statement comes in light of calls by far-right Israeli occupation groups to storm Al-Aqsa, coinciding with the anniversary of the occupation of Palestine, or the so-called "Israel's Independence Day".