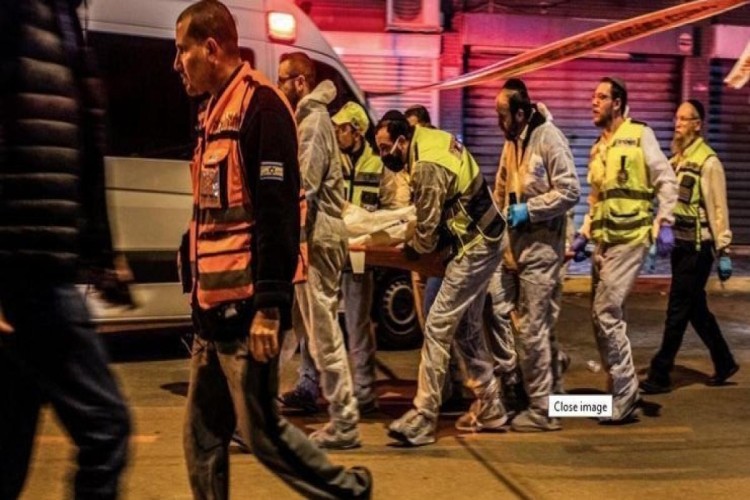 At least three colonial Israelis were killed and four others injured in a heroic shooting and stabbing operation in the Israeli occupation's settlement of El'ad near "Tel Aviv".

According to local sources, the victims were injured by two resistance fighters, one wielding an ax and another with a gun, in two different locations including near El'ad Amphitheater Park.

Checkpoints were deployed along the settlement's main roads while Israeli occupation forces searched by helicopter for a vehicle that was seen fleeing the scene. The Elad Municipality asked residents to shelter in place.

This comes amid soaring tension in Al-Aqsa Mosque as Israeli occupation forces attack Palestinian worshipers to pave the way for zionist settlers to raid it.

In his turn, spokesperson for the Islamic Resistance Movement (Hamas), Abdul-Latif Al-Qanou, praised the heroic operation confirming that it is a courageous act of resistance and a natural way to express the Palestinian people's anger at the Israeli occupation forces' assaults and violations against the third holiest site in Islam, Al-Aqsa Mosque.