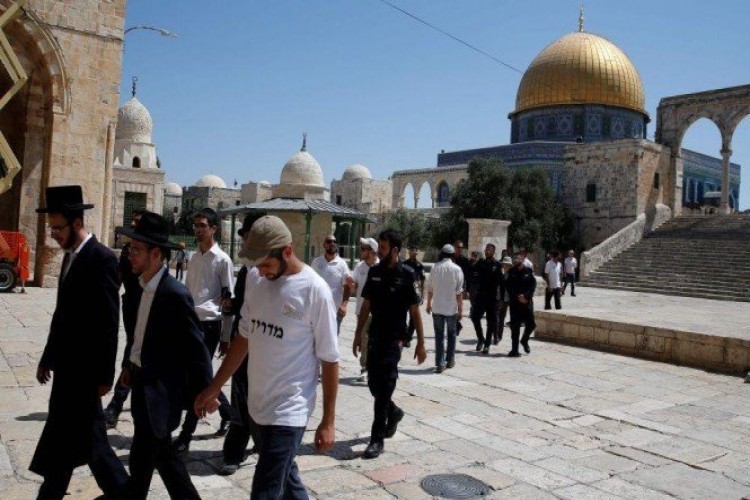 Dozens of colonial settlers stormed the courtyards of the blessed Al-Aqsa Mosque this morning, coinciding with the Jewish "torch-lighting ceremony".

Eyewitnesses stated that dozens of Israeli settlers stormed the Al-Aqsa Mosque under the protection of the Israeli occupation forces, from the side of the Bab Al-Maghareba, performed Talmudic rituals, and made provocative tours of its courtyards.

Witnesses added that Israeli occupation member of Knesset, Moshe Fejlen, led one of the storming groups, amid the presence of a number of rabbis who gave explanations of the alleged "temple mount".