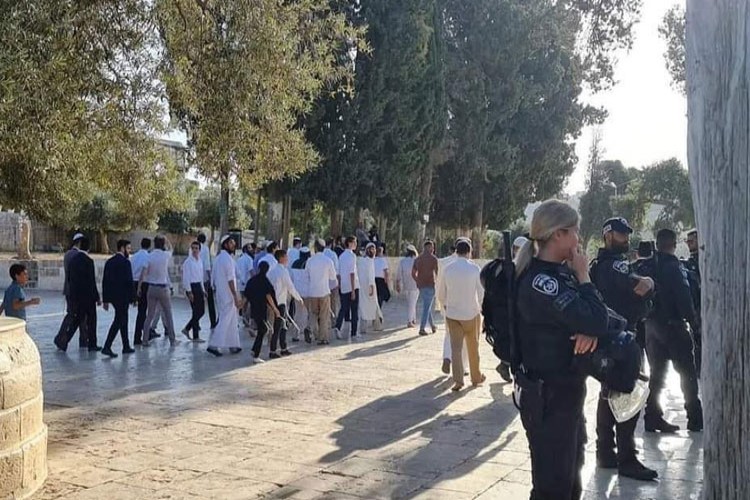 Herds of colonial settlers stormed this morning the blessed Al-Aqsa Mosque, under the protection of the Israeli occupation forces that closed the doors of the southernmost prayer hall with iron chains to secure the settlers’ incursions.

Settler groups had called for organizing mass incursions into the Mosque and performing Talmudic rituals in it as a kind of celebrating the occupation of Jerusalem in 1967.

These incursions coincide with the 55th anniversary of the Naksa "setback" in which Israeli occupation authorities occupied Al-Aqsa Mosque and the eastern part of the city of Jerusalem, which is subjected to continuous Israeli violations and attacks, as well as operations of Judaization and robbery of its lands, and the obliteration of its Arab and Islamic landmarks.