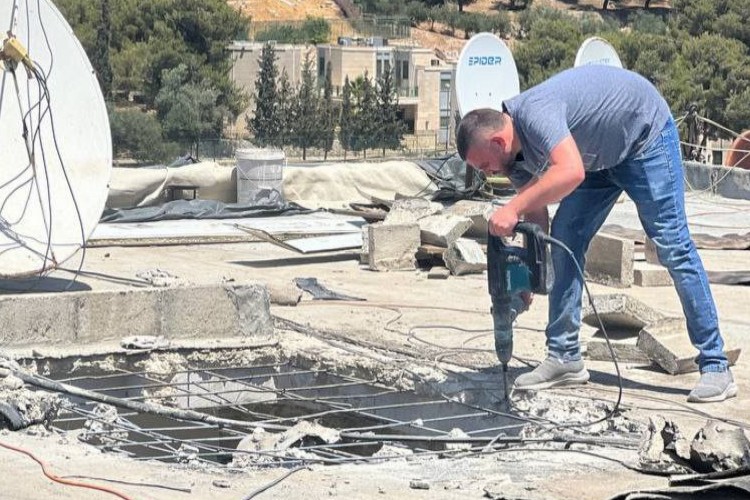 Occupied Jerusalem - The Israeli occupying authorities compelled, on Sunday evening, a Palestinian to demolish his home in the occupied Jerusalem neighborhood of Wadi Al-Joz.
Local sources said the Palestinian, Farid Jaber, was forced to tear down his home in the Wadi Al-Jouz neighborhood after exhausting all appeals despite paying sky-high fines and fees.
The sources added that the Israeli occupation authorities ordered the Palestinian to self-demolish his home due to the lacking of a construction permit.
Jaber filed for a permit several times and had to build the 80-square/meter home to house his family, especially his physically challenged wife.
While the occupation authorities continue to build and expand their illegal colonies, Palestinian communities in occupied Jerusalem, and various areas in the occupied West Bank, continue to be denied the right to build homes and property.