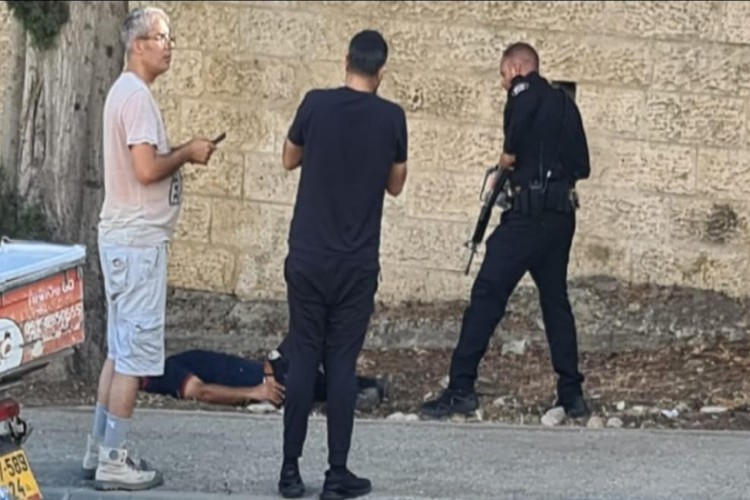 A Zionist settler was seriously injured, Tuesday evening, in a heroic stabbing operation carried out by a Palestinian youth near a commercial complex northwest of occupied Jerusalem.

Hebrew-language media outlets reported that a settler was stabbed near the "Ramot" commercial complex, east of occupied Jerusalem before Israeli occupation soldiers shot the Palestinian hero with live rounds.

For his part, Hamas spokesman Hazem Qassem said "the stabbing operation in the heart of Jerusalem is a natural response to the occupation’s crimes against our Islamic and Christian sanctities in the occupied city of Jerusalem".