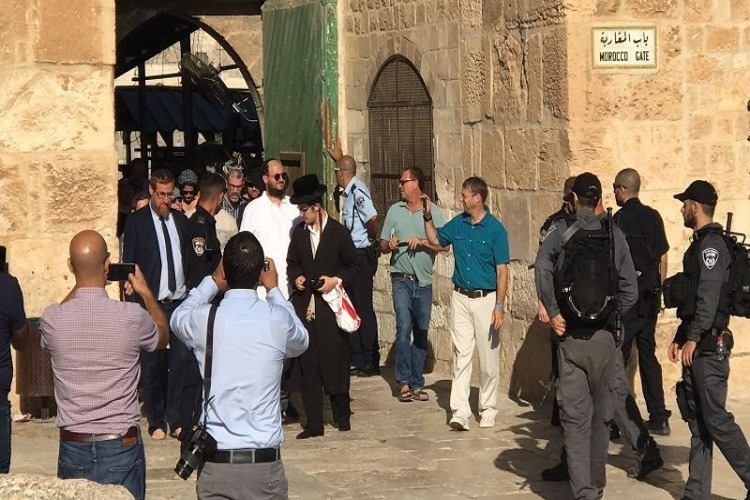 Occupied Jerusalem – Far-right colonial Israeli settlers stormed the blessed Al-Aqsa Mosque compound through the Bab al-Magharibah, under the protection of the occupation forces this morning.

Local sources reported that herds of Zionist Israeli settlers stormed the courtyards of the blessed Al-Aqsa Mosque, and performed provocative Talmudic rituals under the protection of the Israeli occupation forces.

Al-Aqsa Mosque courtyards have been exposed to settlers’ incursions, on a daily basis, in an attempt to change the Islamic status quo, and divide it spatially and temporally.