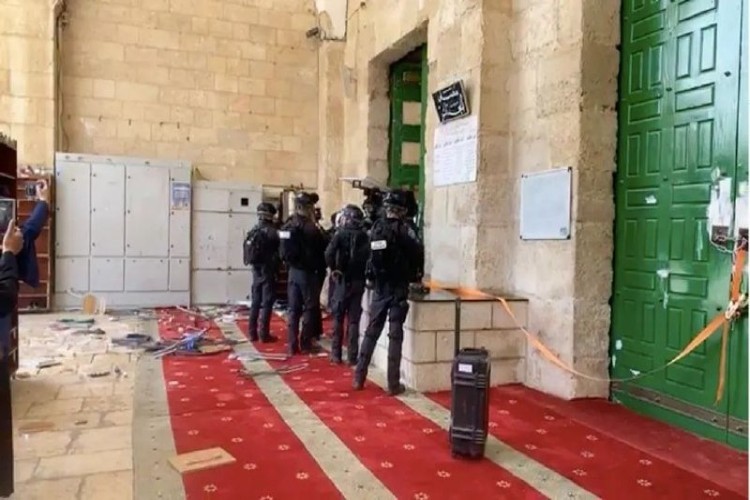 Israeli occupation soldiers injured three Palestinians and abducted five others after dozens of soldiers and colonial settlers invaded the courtyards of the Al-Aqsa Mosque, in occupied Jerusalem.

Palestine's Ministry of Endowments (Awqaf) and Islamic Affairs in occupied Jerusalem said hundreds of colonizers, accompanied by dozens of occupying soldiers, invaded the courtyards of the blessed Mosque through Bab Al-Magharba (the Morocco Gate) in groups, each consisting of about fifty colonizers.

The Israeli occupying soldiers detained many Palestinians and prevented hundreds others from entering the holy site, in addition to assaulting the Palestinians inside it and its courtyards, before forcing them to leave, the Ministry added.

The occupying soldiers also stopped Palestinian journalists and threatened to detain them before barring them from entering the Al-Aqsa Mosque courtyards.