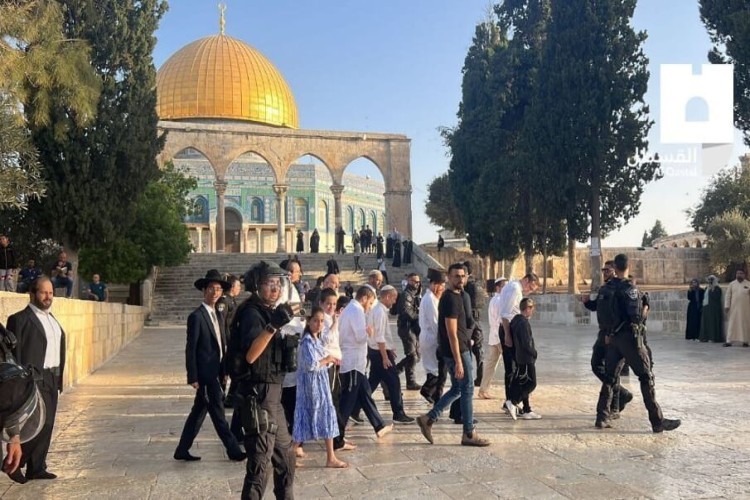 The Palestinian Islamic Resistance Movement Hamas called on Monday, September 26, on the Palestinian people to keep protesting the colonial settlers’ incursions into the Al-Aqsa Mosque and their schemes to desecrate it by carrying out Talmudic rituals in its courtyards under the protection of Israeli occupation forces.

Mohammed Hamada, the Hamas spokesperson in Jerusalem, stated on Monday that the Al-Aqsa Mosque and its defenders need strong support from the Arab and Islamic nations and the world’s free peoples against the colonial settlers’ violations that come at the so-called Jewish holidays.

He added that Hamas salutes all courageous Palestinian freedom fighters from occupied Jerusalem, the West Bank, and the 1948 occupied territories, who have been determined to defend the blessed Al-Aqsa Mosque since the start of the colonial settlers’ incursions this morning aimed to change the Islamic features of and Judaize it.