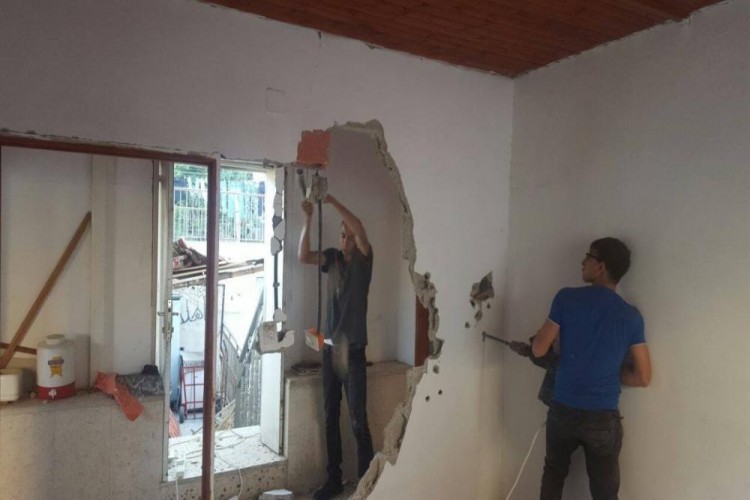 Israeli occupation forces Palestinian to demolish his home near al-Aqsa

WEST BANK, September 6 – The Israeli occupation authorities forced on Saturday evening a Palestinian citizen to demolish his house near the Bab Al-Ghawanmeh gate, the northwestern gate of al-Aqsa Mosque.

Local sources reported that Hamed Hammad, who has been unemployed for six months, had to raze his 80-square-metre apartment, which is on the fourth floor.

Hammad added that he had applied for a building permit several times, the last of which was last month but was rejected each time.

Three months ago, the Israeli occupation authorities issued a demolition order against the house, Hammad pointed out, noting that since then his lawyer has been battling to postpone the demolition.