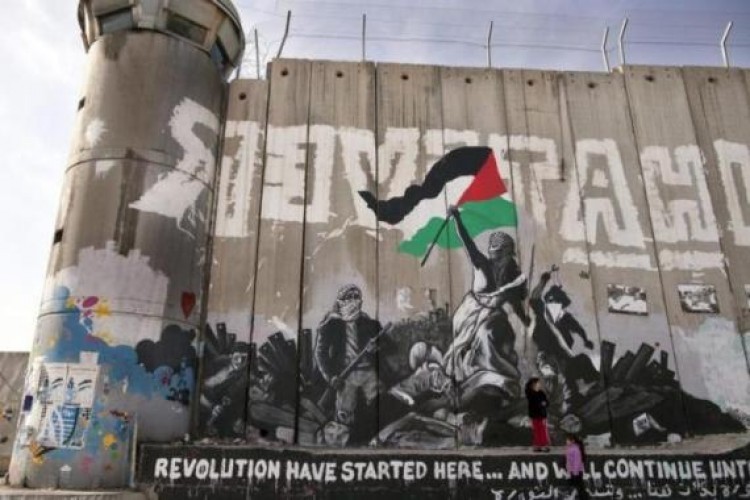 Apartheid is too mild a concept for the way Israel deals with Palestinians under its control when they show any level of resistance. Three days ago, The Guardian published a daring admission by the director of B’Tselem, the largest human rights organization in Israel, of the Apartheid reality that runs throughout Israel and all of the Palestinian Territories that it occupies. It is the standard way Israel deals with Palestinians whether they are its citizens, its permanent residents as in the case of the East Jerusalem population, or subjects of its military occupation in Gaza and the West Bank.

The next day, as if in direct response, an Israeli court slammed the actor and movie director, Mohammad Bakri, with a ban on the showing in Israel of his 2002 film “Jenin, Jenin” and a heavy monetary compensation to a former soldier whose face appears very briefly in the film. Gideon Levy opines that the court does Bakri and the Palestinians a great service. The film and the massacre of Palestinians in the Jenin refugee camp that it documents are too important to be relegated to film archives. Now the film has come alive again and you can see it here.

That brought back to me the visit I made to the freshly flattened camp in 2002. In April that year, Israel mounted an alleged reprisal attack against the Palestinian Jenin Refugee Camp resulting in the death of scores of fighters and civilians and the razing of a large area of the camp. Despite much debate, mostly academic in the extreme, both the UN and Human Rights Watch deemed Israel’s actions to be war crimes. Mohammad Bakri’s documentary film, Jenin Jenin, gives a Palestinian perspective on the massacre. It is ironic that the architects who later planned the razed section’s renovation reportedly designed its alleys to accommodate Israeli tanks.

June 7, 2002: How does one relate an incident so it feels in writing as it was in reality? What happened last week on a visit to Jenin Refugee Camp was out of character for me. I exposed my feelings so openly that Zainab, my first nurse and the wife of my closest friend, thought I had lost it. She had not seen me weep before in the 32 years of our professional camaraderie.

We visited the [Jenin Camp] as part of a medical aid mission from the Palestinian community in Israel, to offer help to the inhabitants after the horrifying rampage by the Israeli army in April.

We worked in the dilapidated UNRWA facility for four hours, during which time I cared for over twenty sick children. As we were leaving, we decided to walk through the rubble of the section of the camp flattened by the Israeli war machine more than a month earlier. I have walked through ruins before and sensed the air of total loss that engulfs the whole space. This time I looked at details: the remnants of a family living room with some of the furniture still in place under the caved-in walls; a plastic flower basket hanging between the iron bars protruding from the half- ceiling; a wheelchair hanging from a fallen balcony (we were told the paraplegic survived his fall); pieces of broken toys, the remnants of a musical string instrument, flattened pots and pans. Here and there a few families sheltered under a blanket strung across four sticks over what used to be their camp home, their supposed refuge away from their original home within Israel.

Halfway through our walk I noticed a middle-aged man, thin, unshaven and covered with dust, kneeling inside a shallow ditch he had cleared in the middle of the rubble. The ditch was about two meters long by one wide, and about one meter deep, about the size of a freshly dug grave. The bottom was well-packed solid ground, obviously a part of the original campground, and the two sides were the base of concrete walls, one with faded blue paint. I walked closer to him, but he did not notice me. Instead, he continued clearing the rubble with his bare hands, totally absorbed by his work and with a very determined look on his face. I greeted him with the traditional “May God give you health,” to which he responded absentmindedly, almost mechanically. He continued shovelling out the dirt, only this time throwing the handfuls in the other direction. He was obviously preoccupied but not distraught. I persisted and inquired about what he was looking for. He turned to me and said sarcastically, “Gold, what else?” Again, I persisted with my question. Then he sighed and looked away with a certain sense of shame.

“This is the alley on which my house opened. You are standing where it used to be. This is my neighbour’s home. I just wanted to clean in front of my house.”

That did it. I could not hold the grief and sadness anymore. It hit like a bolt and I started sobbing. I crouched down, took my glasses off and tried to dry my eyes. But it would not stop. I kept sobbing and my silent gulping for air became louder. Then I just let go and sobbed loudly, momentarily lapsing into the dark abysmal loneliness I felt when as a teenager I came home to find my mother dead and already buried. I regained control only when two men held me around the shoulders and tried to comfort me. One was the same man digging for gold; the second man, I found out later, was a young man nicknamed Michael Jackson, the now-unemployed leader of the camp’s renowned folk dance troop. They both kept repeating to me one reassuring statement: “We are strong. We will outlive this and overcome the destruction.”

As I walked away, I was ashamed of the scene I had made. I noticed a group of foreigners being shown around, a group I discovered that were from Iceland and being guided around by Peter Hansen, the director-general of UNRWA. I introduced myself to him and demanded that the capabilities and unique position of the Arab community inside Israel be factored into any plans for the rehabilitation of this and other camps. He acquiesced, agreeing to focus on the psychological health of the camp’s children, and we set a time for a meeting.

On my way home, my newly found unabashedness continued. As I got in my car, which I had left safely in a village outside of Jenin, I saw a housewife baking wheat bread in an outside oven in front of her house. I was hungry and the smell of fresh bread was irresistible. I remembered my mother’s freshly baked bread. A child came out of the house. I offered to give him five shekels for a loaf. He ran to his mother and brought two. As he brought the bread the father showed up and told the child not to accept the money. When I insisted that I had to honor the deal I made with the boy the father got a little upset and half-jokingly threatened to break up my car if I insult him and his child any further. He wanted me to come into the house. I apologized for being in a hurry. I was on my way to my nephew’s engagement party. He went in and brought back a plastic bag with a special homemade delicacy—freshly baked paper-thin bread rolled in ghee and sugar. It was delicious. I ate it as I sped off to the party, getting it all over the white clothes I always wear when on a medical relief mission. People at the engagement party had to excuse my looks. They realized I’d had a rough day at the Jenin Refugee Camp.

In parallel to its director’s article in The Guardian, B’Tselem has updated its website to include a thorough definition of Apartheid in Hebrew, Arabic and English. Its daring and unflinching assertion has caught the world’s attention and has been widely quoted. It is worth recalling that former USA President, Jimmy Carter, had made the same diagnosis years ago in his 2006 book “Palestine: Peace Not Apartheid, though he limited his criticism to Israel’s behaviour in the occupied Palestinian territory. For that, the mainstream pro-Israel USA media nearly tarred and feathered him.

Last but not least, South Africa, the original home of Apartheid, has long recognized Israel’s policy and practice towards Palestinians as befitting its illegitimate and disowned scion, as the former diplomat and human rights activist Ronnie Kasrils articulated not long ago.