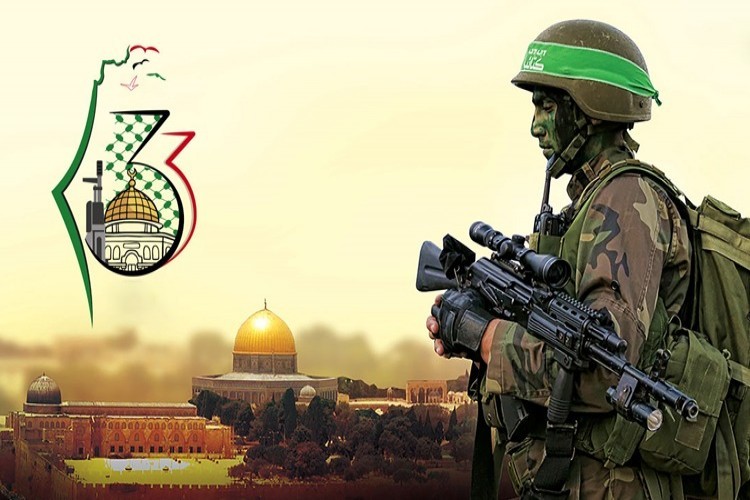 Why should the Islamic Resistance Movement (HAMAS) to be formed and emerged in December 1987 (33years ago) on the soil of Palestine? And what if there was no HAMAS?

The essence of the movement was to correct what it believed a derailed track of the Palestinian struggle, that was adopted by the previous Palestinian leadership. This is by itself a recipe of the hard and thorny path that the leadership of HAMAS had to accept. The "Israeli" enemy is tightening every walk of life for the Palestinians rather enjoying suffocating their life through different colonial harsh methods, detaining youngsters and senior citizens, torturing and terrifying children, cutting roads, villages and cities with permanent and mobile check posts and barriers, destroying private properties of original dwellers, striping many of the citizens from their basic human rights to move and travel, altering the historical identity of many sites, shrines and monuments by force, moving people to enforce new demographical realities at the expense of the fundamental civil rights of the original inhabitants of the areas who were there for centuries etc. In many actions reminding us of the colonial ages after the first world war. On the other hand, we witnessed two different phenomena that further complicated the situation. One) the international community turned to be paralyzed to stop the "Israeli" atrocities and they were biased in most of the situations either through continuous American use of the veto to fail any measures against the carnages of "Israel" against Palestinians or by adopting the fabricated narratives and blackmailing of "Israel" and Tow) the irony predicated on the new theme of the settlement called "peace process" that has nothing to do with Palestinian rights but is aimed at liquidating their issue and empowering the "Israeli" colonial which has never even shown any respect to such a process.

HAMAS came to say, "It’s enough!". Our people have had enough of suffering and the "Israeli" enemy always goes with impunity whenever they perpetrate any crime against our people in Palestine.

HAMAS proposes a new theory that we may call a “wise and responsible resistance.” Keeping in mind the real-world paradigm that maintains the exchange process between the map and territory, HAMAS makes use of its experience in understanding the needs and aspirations of its people, the nature of the enemy and the international dimension of the Palestinian cause to theorise the concept of the holistic approach of resistance and turn it into effective practices that entailed all aspects of good governance and fighting to regain the legitimate rights of the Palestinian people.

Hence, after knowing what is going on HAMAS moved forward with a rational approach to ensuring a good future for the Palestinian people.

For that matter, the proper and effective method embraced by HAMAS was to use productive tools that can be summarized as the following:

- HAMAS is a movement that represents the pulse of the Palestinian people and for that, it gained its confidence at all levels; social, cultural, political and military. Hence, HAMAS won the legislative elections held in 2006. It was also able to form a noble and brave military resistance model confronting the continuous offensives of "Israel" against our people in Palestine.

- A coherent institution that practices the vital democratic norms internally at one side and the Palestinian level on the other side. HAMAS is striving to achieve Palestinian unity among all Palestinian organizations irrespective of different political thoughts and is ready to spare no effort to achieve this goal.

- HAMAS introduced itself to the international community through different modern kinds of literature and also through practice. If, in short, we want to conclude the messages of HAMAS in this respect, we may find the following road signs:

- HAMAS believes that our people are looking forward to living in peace as any other free nation around the world. Thus, our people deserve to live free and not under the siege and the threat posed by the police state of "Israel". Our people are well-educated and open-minded who have all aspects of civilization, culture and social wisdom. Therefore, they deserve to be respected and heard by the free people of the world. Palestinians are suffering due to all means of old ages exercised by through "Israeli" crimes.

- HAMAS needs to be heard directly by the world in more serious attitudes. HAMAS thinks that engagement in a constructive dialogue with the international community may boost prospects of justice and peace. Hamas has had a good experience of many rounds of talks with many friends in Europe and other places of this surging and plangent world.

- HAMAS is an independent and practical organisation.  At one hand, it believes in its legitimate right of military resistance to defend the interests of its people against the "Israeli" atrocities. On the other hand, it will seize any opportunity that the international community may offer to stop "Israeli" violations of human and international laws and to get justice for our people.

On the occasion of its 33rd anniversary, HAMAS needs to emphasize that the sufferings of our people in Palestine are doubled due to the continuous careless attitude of the international community. We need to engage more in a serious solution and pressure the "Israeli" enemy to abide by the international norms of justice. Otherwise, the cycle of escalation and de-stability will continue to be fueled by the continuous injustice and oppressions. THIS IS NATURAL!