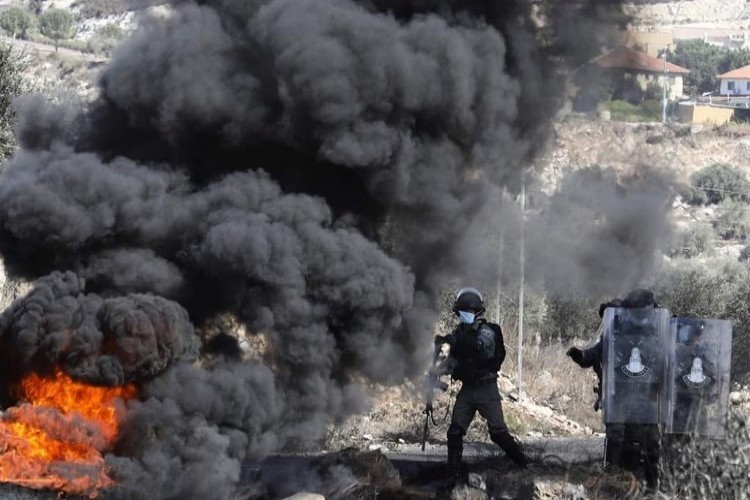 Murad Ishtiwi, coordinator of the Popular Resistance Committee in Kafr Qaddoum, said that Israeli occupation soldiers heavily fired tear gas at the peaceful, weekly protest, causing many participants, including a journalist, to suffocate.

Israeli occupation forces, meanwhile, failed to abduct a young man after staging an ambush in a local house, Ishtiwi pointed out.

Ishtiwi added that Israeli occupation soldiers then climbed up the rooftop of the house of Amin Ishtiwi and demolished a wall under construction.

Chanting national slogans waving Palestinian flag, dozens of Kafr Qaddoum residents take part in the protest to demand an end to the illegal settlement activities and the opening of the main road leading to their village, which has been closed for more than 17 years.