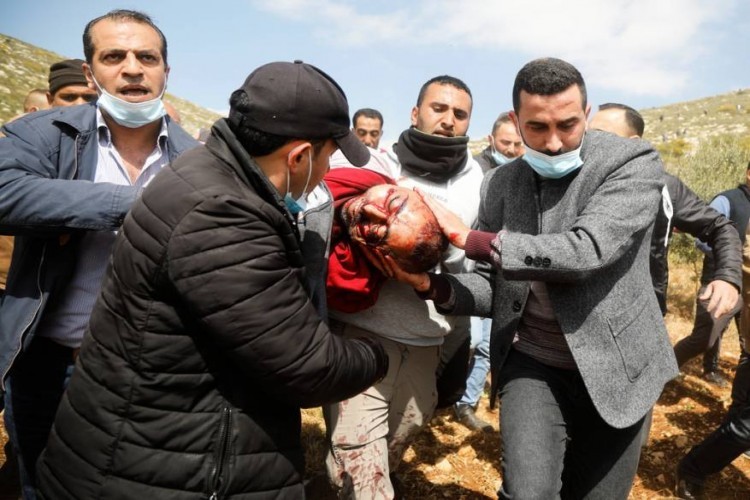 NABLUS, March 19 - The Israeli occupation forces on Friday killed a Palestinian young man with a live bullet in his head during the Israeli repression of an anti-settlement protest in eastern Nablus.

The Palestinian Red Crescent said in a press release that the martyr is Atef Yousef Hanysheh (45 years old).

Hanaysha, 45, was rushed by Palestinian Red Crescent Society (PRCS) medics to a hospital in Nablus, where medics pronounced him dead shortly afterwards.

Beit Dajan has become a scene for weekly protests against the Israeli move to construct new colonial settlements and expand existing ones at the expense of Palestinian territory.