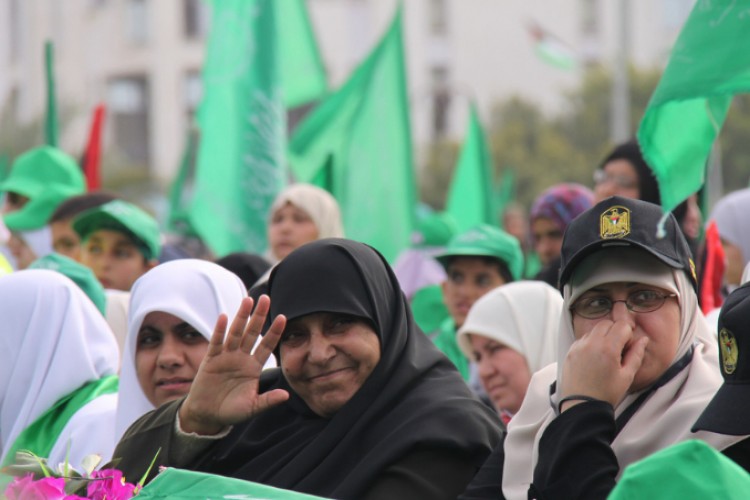 Jamila al-Shanti became the first woman to be elected to the political bureau of the Islamic Resistance Movement Hamas. The bureau is the highest political decision-making body of the movement.

Al-Shanti, a Palestinian refugee from the Jabaliya Refugee Camp in Gaza, was elected on Sunday, March 14, as part of the movement’s ongoing elections, which are also expected, aside from selecting a new political bureau, to yield a new leader.

The vote has been taking place over the course of months in the occupied West Bank, Gaza, Palestinians in diaspora and within Israeli prisons.

Senior Hamas official Suheil Al-Hindi was quoted as saying that the election of al-Shanti by the rank and file of the movement is a testament to the fact that “the Hamas movement respects Palestinian women, their struggle, heroism, and sacrifices”.

Al-Shanti was quoted by the Palestinian Al-Aqsa TV channel as saying that the presence of women in the Hamas leadership shall prove to be a valuable contribution to the movement’s future.

“As a (Palestinian) women’s movement, we haven’t been officially in the Hamas political bureau before, but we have participated in the organization and in decision making during the preceding period,” al-Shanti said.

But becoming direct participants in decision making as part of the actual top leadership is a gamechanger. “This means that Palestinian women have an identity and power (that can be expressed directly) on the Palestinian political scene, and their effective participation has made them worthy of being in any position,” according to al-Shanti.

Born in 1957, al-Shanti was always active in the Palestinian women’s movement in Gaza and has founded the Hamas women’s organization.

Despite Israel's repeated announcements about easing the blockade, the reality at the nominal border crossings is quite the opposite.