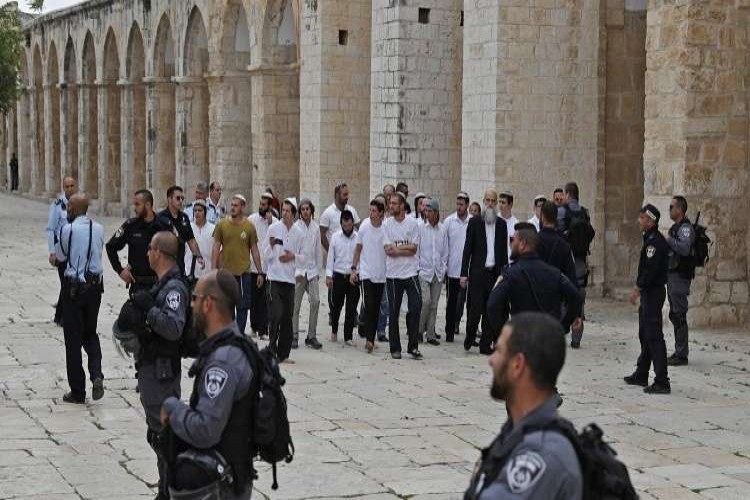 Tens of Israeli settlers stormed the courtyards of Al-Aqsa Mosque under the protection of Israeli occupation forces today morning.

Some Resources in occupied Jerusalem clarified that the Israeli occupation forces threatened Muslim worshippers and prevented them from approaching to Bab Al-Rahma prayer.

These repeated provocative actions came at a time to change the reality of the Al-Aqsa Mosque and the occupied city of Jerusalem.