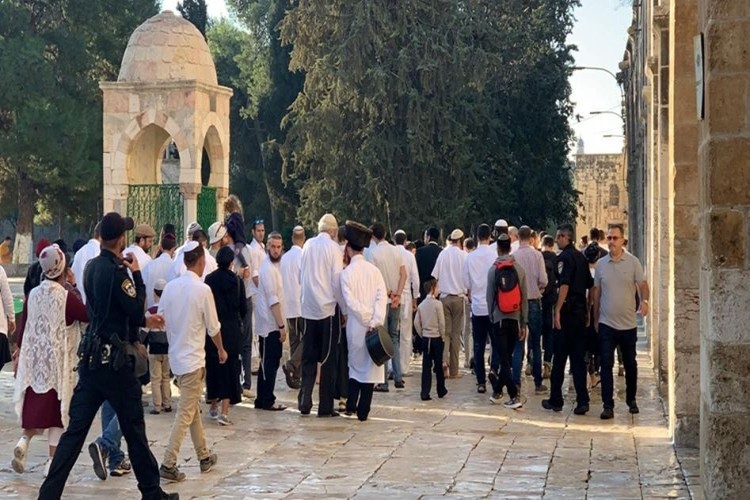 According to the Islamic Awqaf Administration, at least 250 settlers entered the Mosque in groups through al-Maghariba Gate and toured its courtyards.

Meanwhile, the Israeli occupation forces intensified their procedures on the entry of Palestinian worshippers and exclude them from praying in Al-Aqsa Mosque.

It is worth mentioning that the Al-Aqsa Mosque witnesses daily break-ins and violations by the Israeli occupation forces and mob settlers, especially on Jewish holidays.