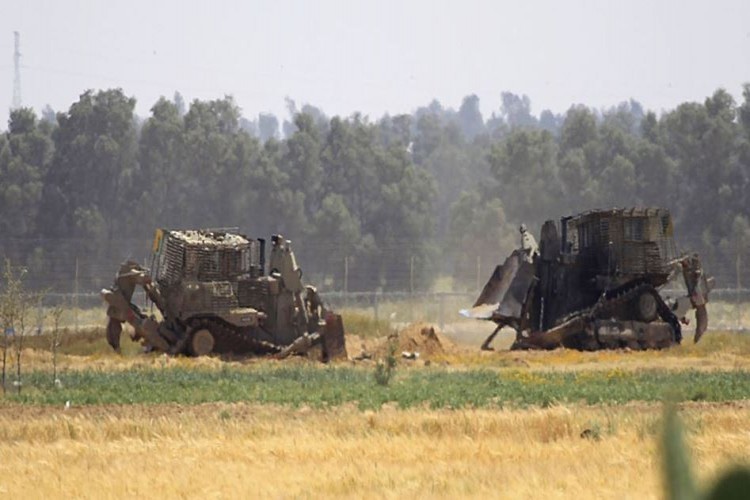 Local sources said that four military bulldozers moved from the "Tiger" Gate to the east of Wadi al-Salqa town, east of the city, a distance of 100 meters.

The Israeli occupation bulldozers began sweeping operations near the separation fence, backed by military vehicles stationed on the dirt mounds inside the occupied territories.

The Sources pointed that the area witnessed a similar incursion a few days ago including daily shooting towards agricultural lands and sheepherders.