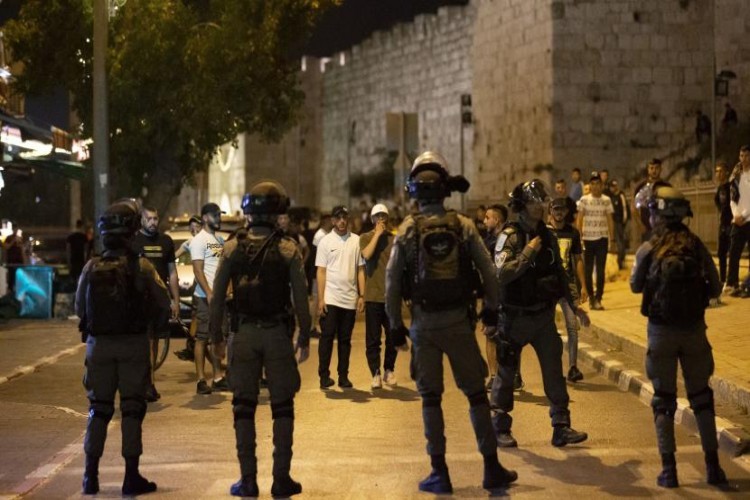 In Solidarity with Jerusalem: Confrontations with Israeli forces in West Bank, Demonstrations in Lebanon and Jordan

For the second day in a row, confrontations with Israeli occupation forces and demonstrations continue in solidarity with Palestinian residents in occupied Jerusalem. The last night witnessed wide demonstrations in several areas in Jordan and Lebanon.

The Palestinian resistance in Gaza Strip fired several rockets at Israeli nearby settlements in response to the Israeli daily violations against Palestinian people in occupied Jerusalem.

An Israeli security official said that “ There is a possibility to expand the range of missiles fired from Gaza Strip in the next hours”.

Confrontations erupted between Palestinians and Israeli occupation forces at Qalandia military checkpoint, Al-Ram entrance, Hizma, Tulkarem and other cities and villages in the West Bank.

The Medical curfews recorded the casualties in rubber bullets, suffocation cases in Huwwara and Al-Beriah.

In the Gaza Strip, several protests organized in different areas called the Palestinian Resistance to respond against the Israeli crimes committed against the people of Jerusalem.