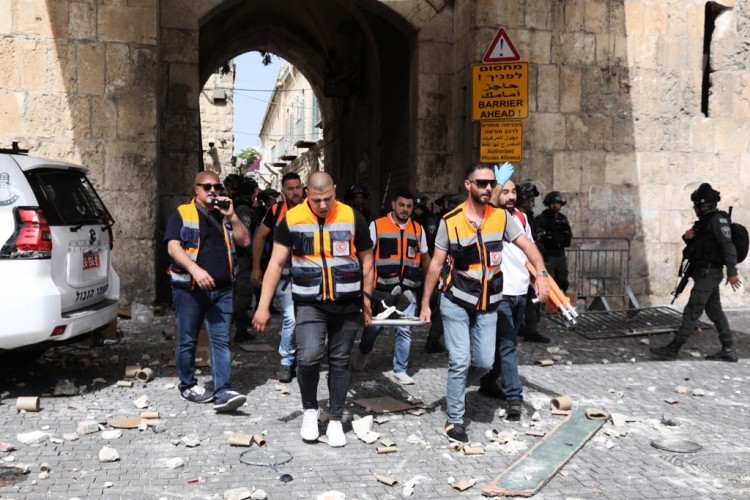 The Israeli occupation deliberately targeted Palestinian worshippers dangerously in the heads and eyes causing critical health conditions to tens of them.

PRCS said that “First Aid was provided to the wounded, many of whom were transported to the field hospital set up by PRCS at its EMS Center in Al Souwwana in order to unburden the city’s hospitals. PRCS also deployed a number of foot EMS teams in and around the Old City”.

The Israeli occupation kidnapped an enormous number of injured Palestinian worshippers while transported to the hospitals by PRCS crews.

Dr Ali Al-Jabrini called, via Al-Jazeera Tv, to allow entry for medical equipment to provide First Aid to tens of injured people in Al-Aqsa Mosque and the Dome of the Rock. He mentioned that the Israeli occupation besieges tens of injured worshippers and the situation is extremely dangerous.