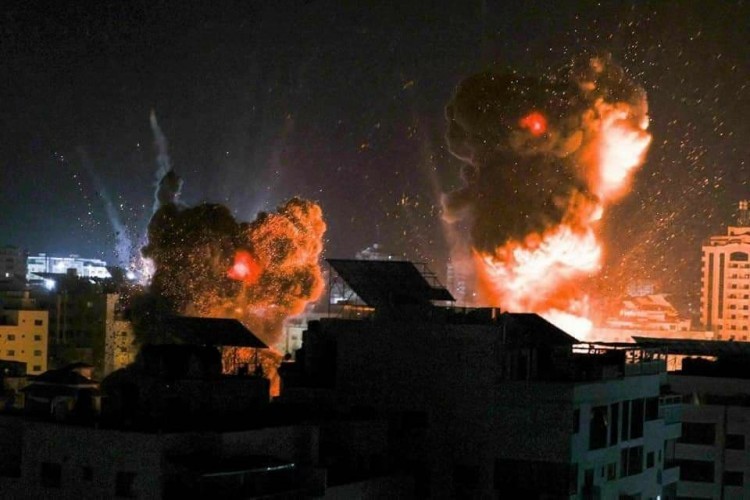 The Israeli warplanes targeted and demolished civil institutions and roads near Ansar complex and Al-Katibah Mosque, west of Gaza City. The airstrikes also targeted an office belonging to ex-prisoners and a research centre for prisoners.

The vicious Israeli airstrikes also targeted a governmental institution near Al-Katiba area in addition to a house belonging to Al-Rantisi family in Al-Nasser neighbourhood west of Gaza city.

In the early morning hours, the innocent residents of the Gaza Strip woke up at the shocking and horrifying Israeli airstrikes targeting Kuhail building near the Islamic University of Gaza. The building included many training centres which provide educational services for many university students.

According to the Gaza Ministry of Health, the death toll of the ongoing Israeli aggression on the besieged Gaza Strip has risen to 212 including 61 children, 35 women and 16 elderly people.