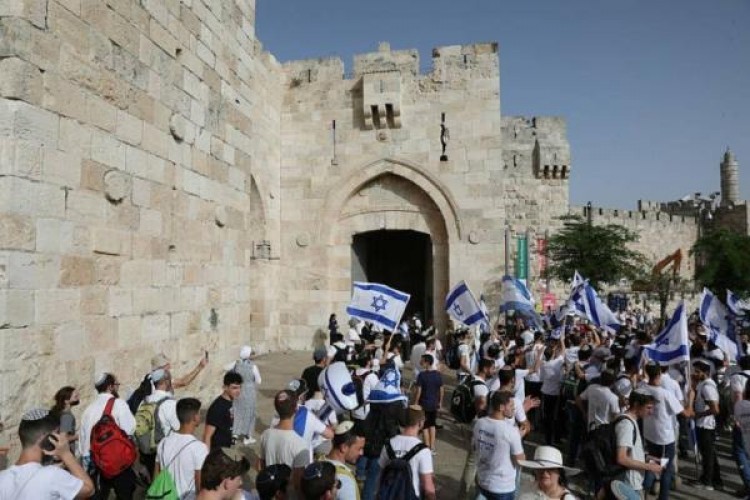 The Islamic Resistance Movement (Hamas) warns the Israeli occupation against the allowance of “The March of Flags”, to be implemented in occupied Jerusalem at the end of this week.

The provocative march, implemented by Israeli settlers, will go through the Damascus Gate and the Old City in Jerusalem.

The spokesperson of Hamas in Jerusalem, Mohammed Hamada, said in a press release that this Israeli step came to improve its image after the resounding defeat in the last war against Gaza.

Hamada added “We warn the Israeli occupation of using the issue of Jerusalem as a means of escape from its internal crisis and the failure to solve its political problems.

The spokesperson of Hamas called Palestinian people in occupied Jerusalem and the lands of 1948 to head to Al-Aqsa Mosque next Thursday to protect the Holy Mosque and to thwart the Israeli occupation plans.