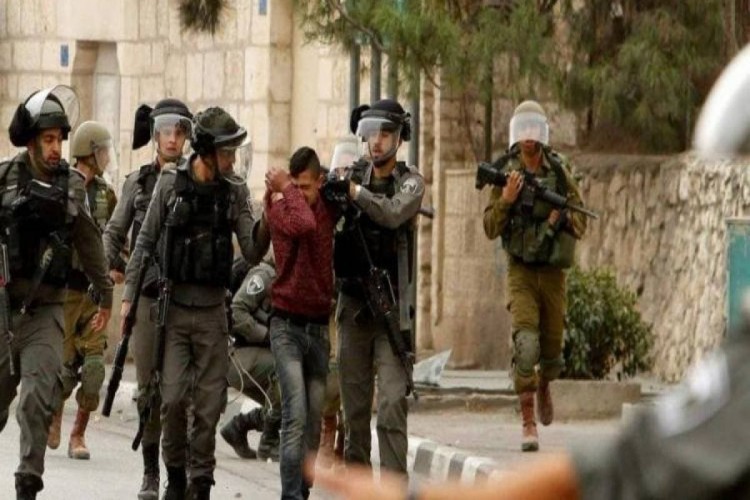 Some 40 Israeli military vehicles stormed the town of Ni‘lin , west of Ramallah city  at 1:00 AM, where over 100 Israeli soldiers broke into and thoroughly searched the houses, interrogated dozens of young men, and set fire to several vehicles.

The raid, which lasted until 5:30 AM, triggered violent confrontations, during which the occupation soldiers opened fire towards local teens who attempted to block their withdrawal. No injuries were reported.

In al-khaleel, Israeli occupation forces leading “attack dogs” forced their way into Beit Ummar town, north of the city, smashing the front doors of over 10 houses, breaking into and ransacking the houses.

Nine Palestinians were detained, including three former prisoners and four teens; one aged 16 and three aged 17.

In the northern West Bank, Israeli special forces abducted two Palestinians from Al-Nasera Street in Jenin city and seized their vehicle. One of the detainees was identified as a former prisoner from Jenin refugee camp.