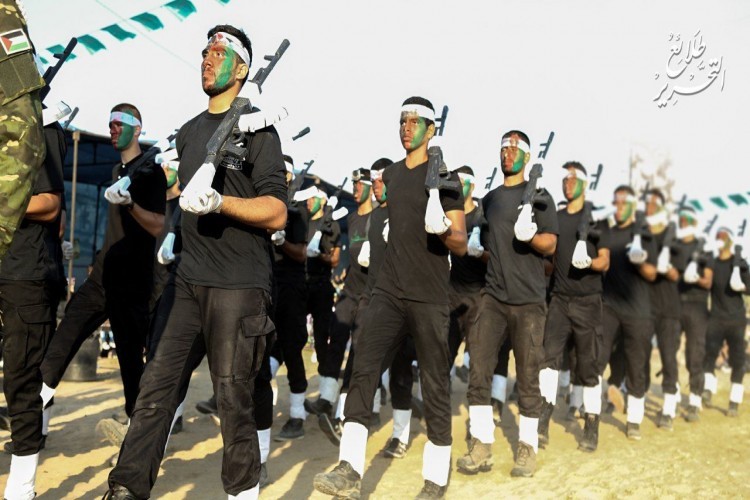 Al-Qassam Brigades announced the start of “Vanguards of Liberation” summer camps in the Gaza Strip entitled “The Sword of Jerusalem”.

In a press release held yesterday, Al-Qassam Brigades said “Following the "Sword of Al-Quds" battle, which has unified all Palestinians of various segments everywhere and rearranged their options, the Izz ad-Din al-Qassam Brigades announce the launch of Vanguards of Liberation camps for youths in the Gaza Strip.”

The spokesperson of “Vanguards of Liberation” summer camps said, “This program is part of an effort to prepare the youth, exploit their potentials, raise their morale, and reinforce their sense of belonging to their homeland and willingness to make sacrifices for its sake.”

“Since launching these camps, the Al-Qassam Brigades has sought to achieve a number of goals, foremost among them teaching the youth the Islamic principles, reinforce their national values, and boost their trust in Allah, they are belonging to the holy land, and their readiness for liberation and return.” Al-Qassam Brigades added.

Regarding the skills that the participants will learn during these summer camps, Al-Qassam Brigades declared that “ This program is also intended to protect the young generation from falling into traps laid by the Israeli occupation and help them acquire a number of skills that will make them competent and conscious through a range of religious, patriotic, security, and scouting programs, including physical training, self-defence skills, first aid program, and crisis management skills.”

Al-Qassam Brigades concluded that “We will utilize all efforts and mobilize the Arab and Muslim resources to direct the compass towards Jerusalem and Palestine; the Arab and Muslim nations have to realize that they have a great responsibility and duty to make every effort and gear up for the struggle to liberate Palestine. This battle requires the efforts of Arab and Muslim scholars, scientists, creative people, and honest supporters.”