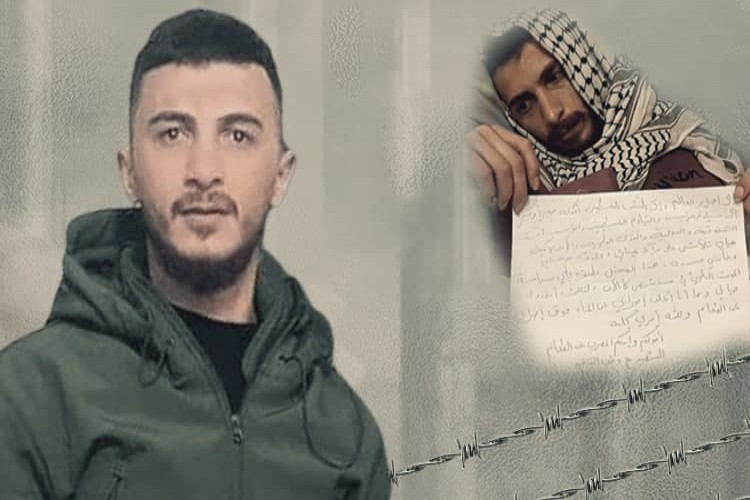 Al-Qassam Website -The Palestinian prisoner Al-Ghadanfar Abu Atwan, the hunger striker for 61 in Israeli occupation jails refrain from drinking water in a protest against the Israeli occupation’s denial of his demand of freedom and salvation from the illegal administrative detention.

The Palestinian Prisoner Club said that “the prisoner Al-Ghadanfar Abu Atwan faces a deteriorating health condition in Kablan Hospital and faces a real threat to his life.” The Israeli occupation aims to inflict as much damage on his health as possible and to discourage the Palestinian prisoners from confronting the administrative detention policy.

Abu Atwan, 28 is a former prisoner who spent several years in the occupation jails and previously went on a hunger strike in 2019, and this is the second strike he is waging to reject his administrative detention.