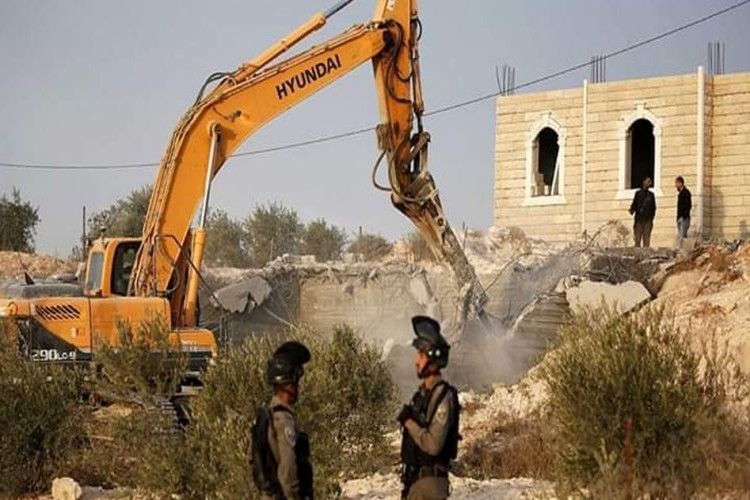 The Israeli occupation forces delivered a demolition order against a residential building in the Jerusalem neighbourhood of Shu’fat today. It is expected that 55 People will be displaced if the demolition order accomplished according to local residents in the occupied city.

Nasser Abu Khdeir, a local activist, said that Israeli intelligence officers informed the Palestinian owners of a 4-story residential building of the imminent intention to demolish the building and allowed the inhabitants only two weeks to evacuate it.

He pointed that the building, constructed in 2003, is located in the western part of the Shu’fat neighbourhood and only 200 meters away from the encroaching Israeli colonial settlement of Ramat Shlomo, and houses over 10 Palestinian families comprising some 55 people.

At the same time, the occupation’s municipality and government build tens of thousands of housing units in illegal settlements in occupied Jerusalem for Jews to offset the demographic balance in favour of the Jewish settlers in the occupied city.