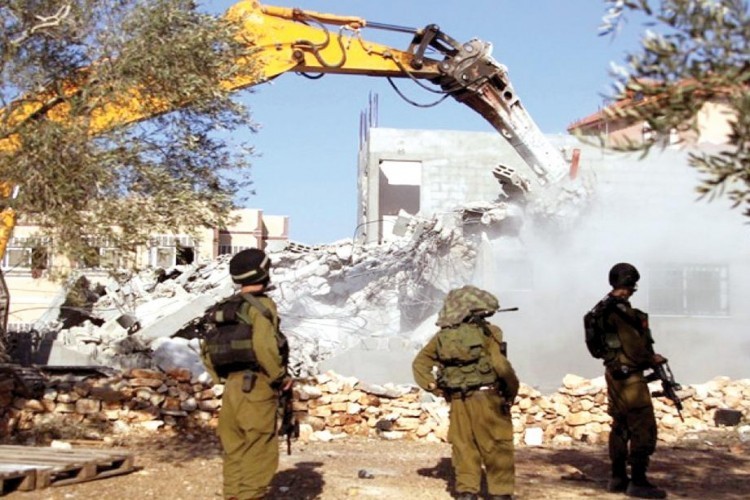 The European Union Mission (EUM) in Jerusalem said, in a tweet posted in Arabic and English on its official social media platforms, “It is tragic that in 2021 Israel displaced 595 Palestinians, including 320 children in the Occupied Palestinian Territory, which represents an increase of 50%. compared to last year."

"In the last demolition operation in Homsah in northern Jordan valley on July 7, 42 people were displaced, including 24 children, and they are now in a massive need of humanitarian assistance," EUM added.

It went on to say that in the past two days, three Palestinian families in East Jerusalem, including Silwan, have been forced to self-demolish of their homes. These activities are not only cruel but also illegal under international law and must be stopped.