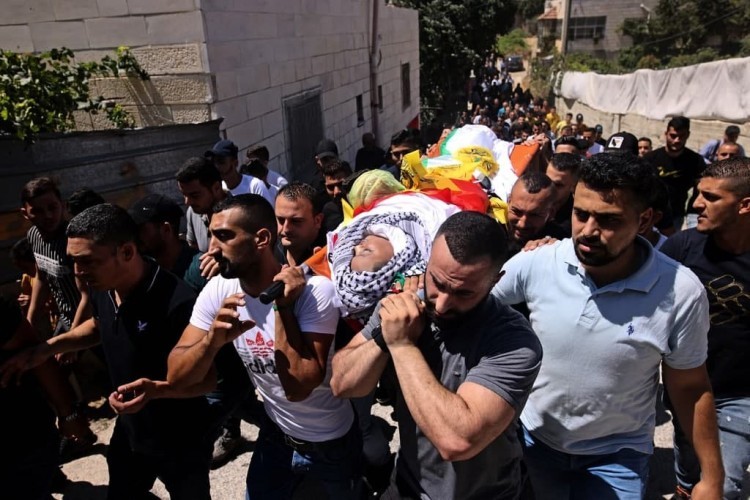 A Palestinian boy wounded by Israeli occupation fire in the occupied West Bank has died out of his injuries, the Palestinian Ministry of Health said.

Mohammed al-Alami, 12, died in the town of Beit Ommar, to the northwest of Al-Khalil city, after he was shot in the chest while traveling in a car with his father, the ministry said in a statement on Wednesday.

The Israeli occupation forces showered Mohammed's car with a hailstorm of bullets. The father and his two sons Anan and Ahmed survived. however, Mohammed was murdered brutally.

Mohammed is the second young Palestinian to die of wounds sustained by Israeli fire in days.

Nasri Sabarneh, mayor of Beit Ommar village, said the father was driving with his son and daughter when Mohammed asked him to stop at a shop to buy some bread.

Earlier today, thousands of Palestinians bade farewell to the slain boy and pledge to take revenge over the brutal Israeli occupation forces.