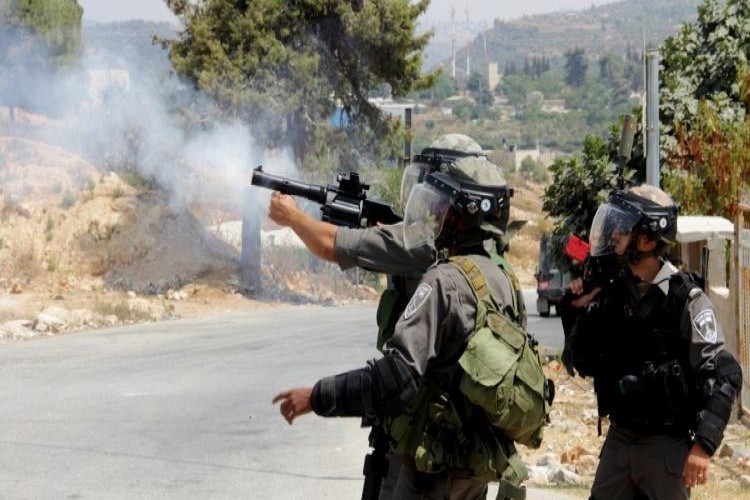 Young man injured as the occupation repress protest in Tubas

A Palestinian citizen was injured with rubber-coated metal bullets, and dozens suffocated with tear gas, during the Israeli occupation forces’ suppression of a march against the annexation plan and settlers’ attacks, near the Tayaseer military checkpoint east of Tubas.

The Factional Coordination Committee, Colonization, and Wall Resistance Commission, and the Tubas Governorate freedom fighters, called for participation in the mass march.

Settlers’ attacks in the northern Jordan Valley areas have significantly increased during the past two weeks, as they began constructing and fencing operations in the vicinity of the Ain al-Hilweh spring to take full control of it. In addition to that, settlers stay overnight in an evacuated army camp near the Tayaseer checkpoint in preparation for the construction of a new settlement outpost in the area.

The participants and organizers of the event emphasized that these activities will continue until the outpost is removed.